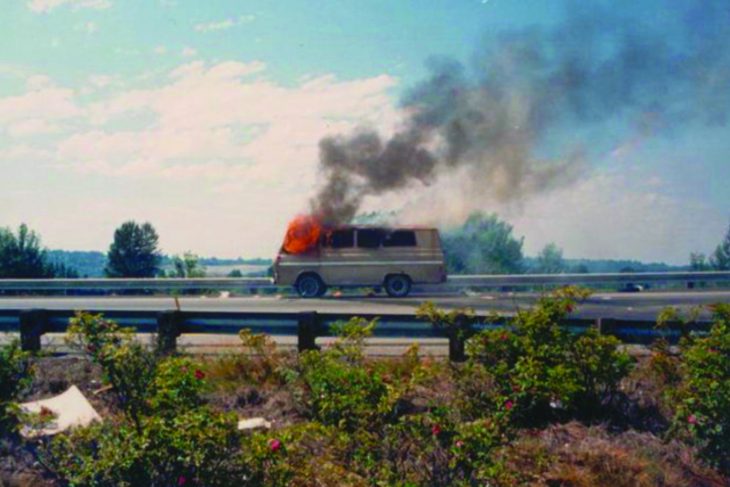 In the early ’80s, a group of young punks living in Spokane moved into a handful of apartments perched on top of the Smith Funeral Home—a partially defunct old Victorian on Division Street where bodies were sometimes stored before cremation. Visual artist T.J. Wilcox and his crusty comrades in punk bands Sweet Madness and Terror Couple spent their evenings on the roof, drinking cheap beer and tossing bottles and insults at the jocks and rednecks cruising the strip below.

“We were looking down from our perch of modernity at these dying dinosaurs, and there was something very comforting about that,” Wilcox says in a scene from SpokAnarchy!, a documentary out on DVD this month and showing at SIFF Uptown Theater at 9 p.m. Jan. 12. “Seeing the last of the Neanderthals…there in the moment, but knowing that they were on the way out. There was a sort of smug pride in watching their death throes.”

Wilcox has gone on to a career as a fine art photographer and painter, his ambitions to transcend the stifling confines of Spokane shaped by those rooftop confrontations. Seattle receives the lion’s share of credit for birthing the Northwest music scene, but the sordid incubator of small town life is equally important in producing risk-taking artists.